Lincoln have created an account for scullinan@lincolncollege.ac.uk but it can't get a mailbox in 365 due to this error:

"This user's on-premises mailbox hasn't been migrated to Exchange Online. The Exchange Online mailbox will be available after migration is completed."

However there is no mailbox to migrate as they have no on site exchange now, I've asked them to clear the msExchMailboxGuid attribute as this usually fixes it, it's clear in meta db but its not clearing in FIM or 365

Checking Simon's account, I could see that FIM had actually picked up the null value for MsExchMailboxGUID and had removed the attribute from Simon's account in the Metaverse.

But he still had the attribute set on Lincoln's Staff Office365 MA was not set to flow NULL's for MsExchMailboxGUID.  I have now updated this in the attribute flow:

Then I ran a full sync preview on Simon's account and it has deleted the MsExchMailboxGUID from the Office365 connector: 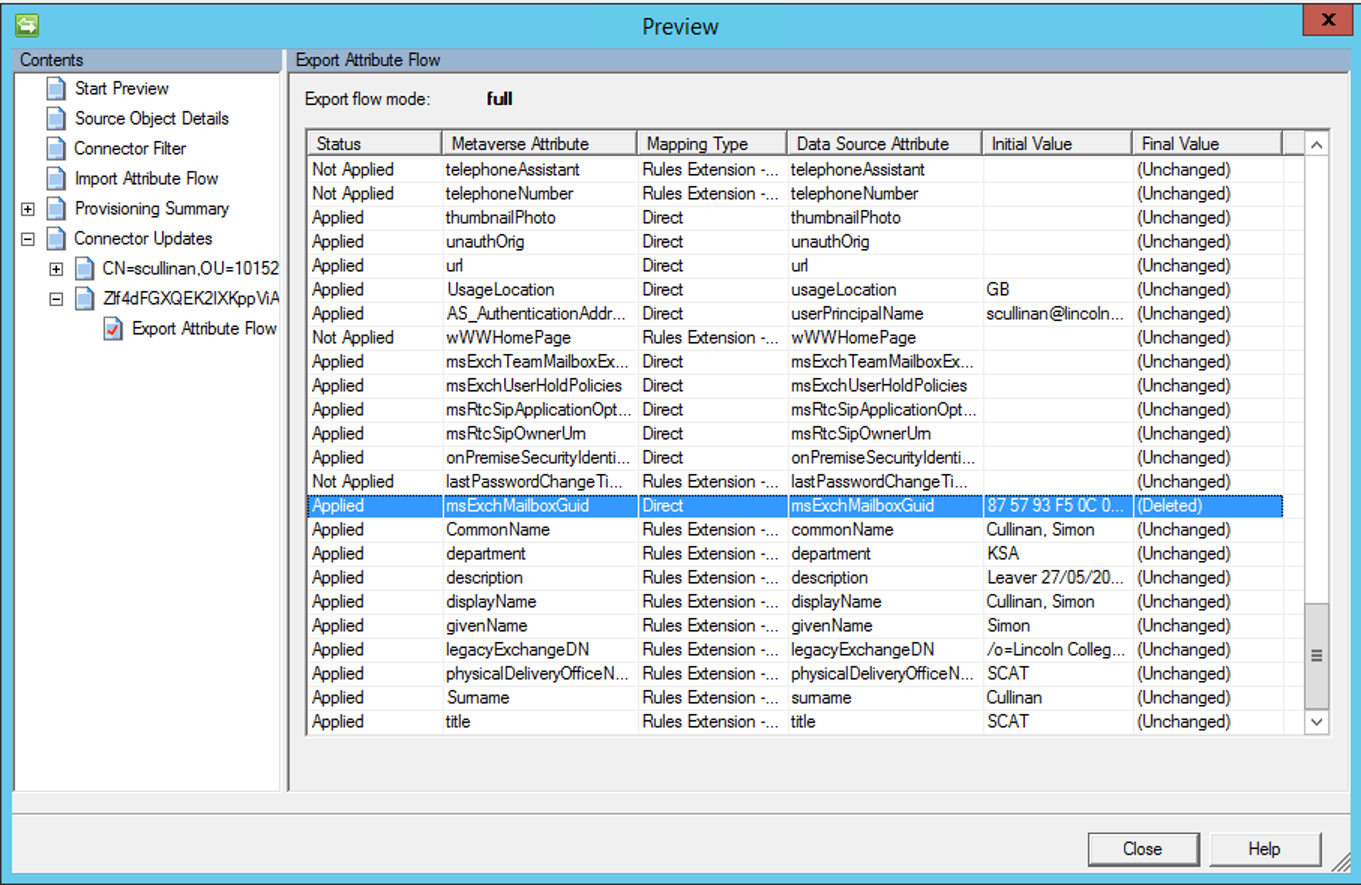 Finally, I had to log in to office365 and remove the licenses from Simon's account and then  re-apply them again to get Office365 in order for office365 to pickup the fact that Simon was no longer a "remote mail-enabled user" and create him a mailbox: 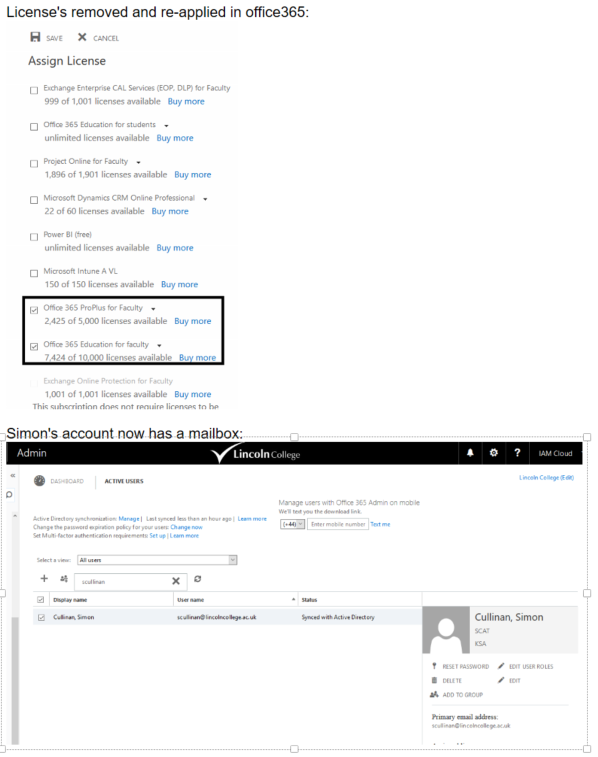