Adding customers to the MetaDB via Powershell Print

A guide on using Powershell to add customers into the MetaDB.

These three files will need to be copied onto the desktop of the western server for which ever customer you are working on.

Once all three are on the desktop you’ll need to double click the go.bat file, this will run setup for the MetaDBUpdate.ps1 file and configure where to get the AD users from. The below screenshot shows this. You’ll be asked two questions to which the answer is YES to both, you will then be asked which OU the users are in, this can be found in AD users and computers.

Finally, you will be asked for the fim_svc password which can be found in the Azure server details spreadsheet.

When you have completed this the next step is to run the MetaDBUpdate.ps1 file in powershell. First of all you want to run it in Read Only mode. It will look like the screenshot below: 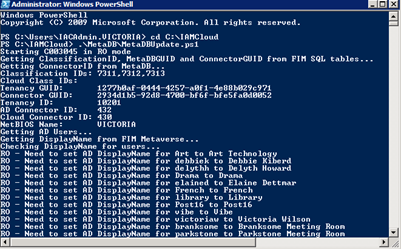 Once this has completed you can change the script to Read Write by going to the config file in the MetaDB folder which can be found in the IAMCloud folder on C: drive.

The next step is to run the same script again which will look like the below screenshot. You will need to run this twice to ensure there are no errors. 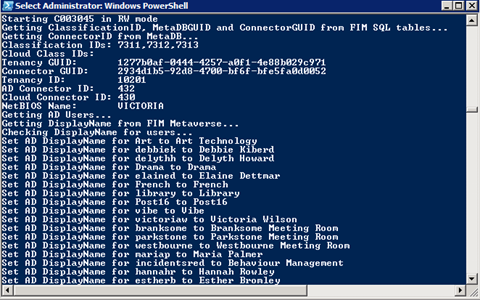 Once complete the last stage is to change the MetaDB and DC Sync task in the Task Scheduler to enabled.