Follow link to see a short demo video of CDM within a Citrix environment, link here.

( Desktop Sessions / App Sessions ) then the following reg key is required within HKLM :-

The MSI can be pushed via MSIExec / GPO / SCCM etc in the same manner as any other MSI installer.

No special keys need to be pushed with the msi.

Below is an example of the MSIExec install :-

Once installed check the following location and delete any entries for Cloud Drive Mapper as we will need to start CDM as described further down.

If CDM is to be run on older systems you may also have to take the steps below( If applicable ) :-

b) Install Windows6.1-KB2846960-x64.msu (If this affects you, you may receive an error when opening a SharePoint Document Library in Windows Explorer or map a network drive to the library after you install Internet Explorer 10 in Windows 7 or Windows Server 2008 R2 )

We have seen isolated faults here whereby the end user session wasn’t able to see the above key, a resolution to this was as follows:-

Setting Registry Permissions of HKLM\Software\IAM Cloud on the RDSH server to Full Control for host\Users resolved the issue.

Unlike most other software CDM is required to authenticate in order to correctly map a users drives. It is therefore imperative that CDM is started in user context and not at an elevated cmd level.

Where CDM is to be used in an "app front-end" environment the user will have no interaction with the CDM application, it is therefore imperative that SSO ( SIngle Sign On ) be fully working in order for CDM to auto authenticate the user and map any drives required during the "app session"

In depth explanation of the options above :-

The userinit key is located in the following location :-

Here we will create a .bat file and refer to this from the UserInit key.

Normally the userinit key will have the following entry :- C:\Windows\system32\userinit.exe,

Where this is being run from a shared server and you do not wish for CDM to start for all users then Opt 2) below might be best suited.

Where we do not want CDM starting for all users and the Ifmember section above isn't viable, then we can use a scheduled task to target our cdm.bat file, we will set the sched task to be run only for users of a specific security group.

Set the section "When running the task........"    to be set against the specific security group. 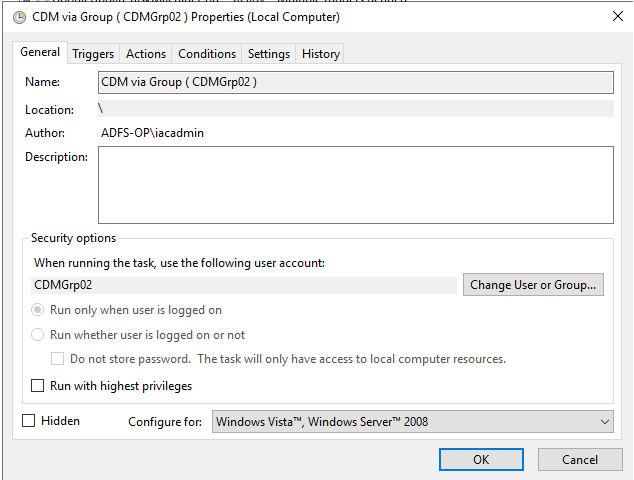 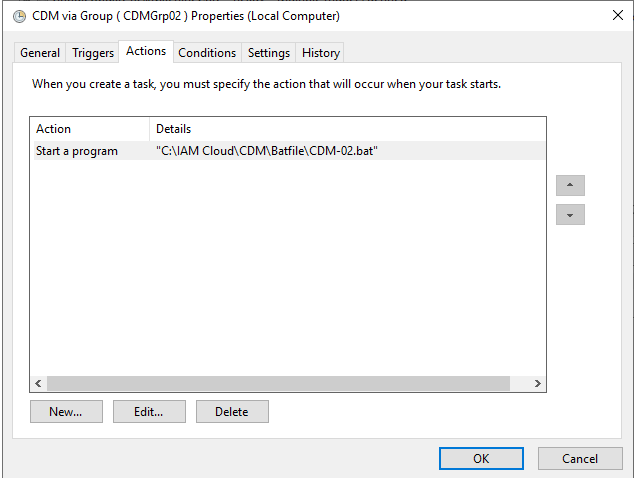 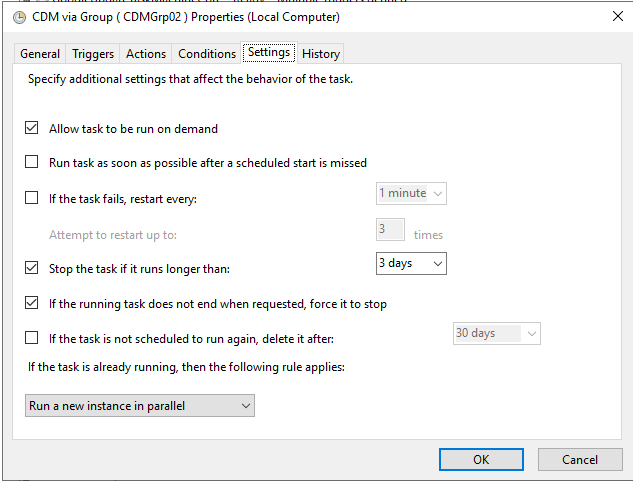 As above we will call the same cdm.bat file, except via the Logon/Logoff method as shown below:- 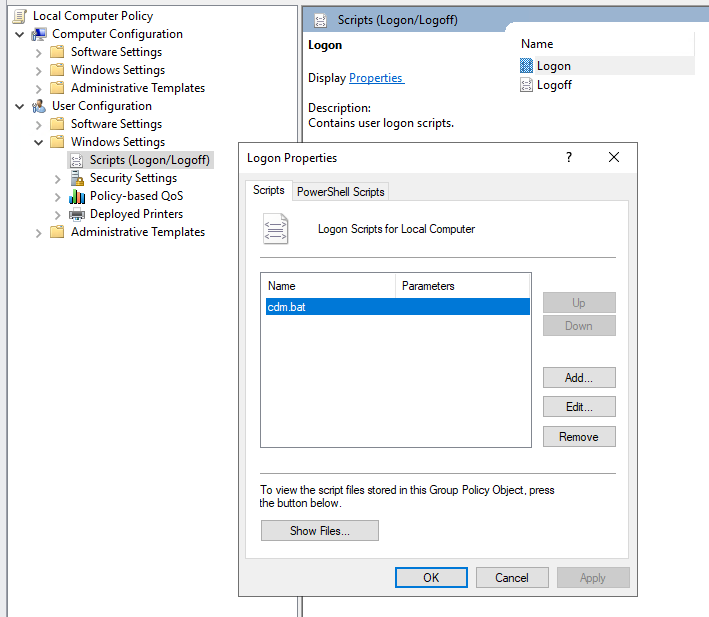 Here we have created a security group CDMGrp and assigned the policy to that group with the following parameters :- 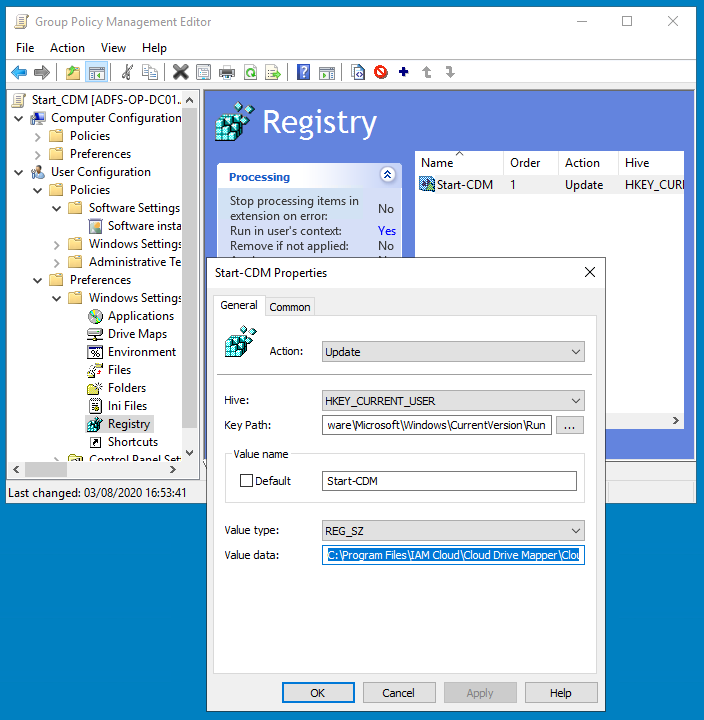 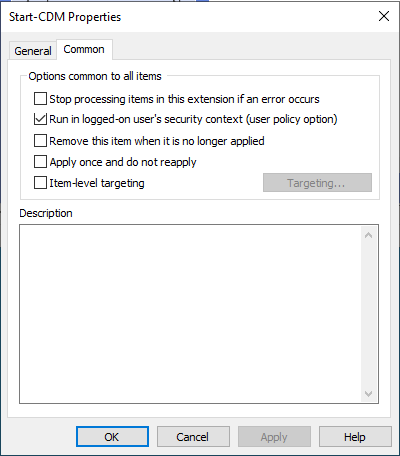